Anne Frank in the Artists' Eyes 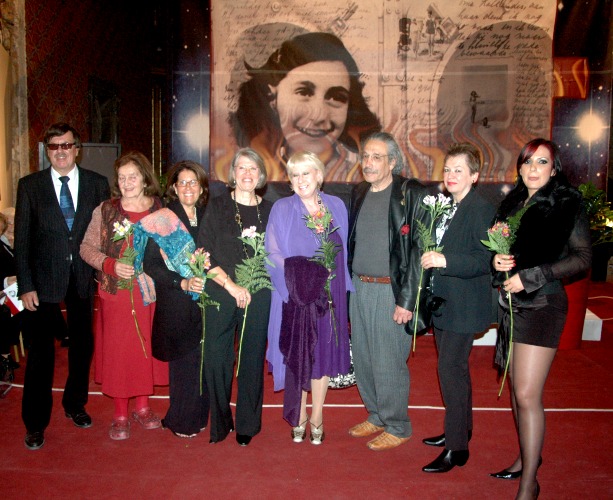 Peter Wilhelm Art Center in Budapest will honor Anne Frank's 80th birthday with an original artwork exhibition and various activities. Above you see participating artists and the curator of the exhibition.

Anne Frank became famous due to her diary, written in Dutch, in which despite her young age, she describes in a sensitive, acute and mature way, what she, her family and their friends went through in their hiding place from the Nazis. Anne Frank is the Shoah's 'most famous victim' as well as 'the most famous child of the twentieth century', and her face, with the sad shy smile is one of the icons of twentieth century.

The photographs of Anne Frank are famous documents worldwide representing the Shoah and were adopted by many artists as a source of inspiration to express their feelings and ideas. There is wide use of Anne Frank's image in artworks of many artists worldwide. Every artist refers to her image according to his/her cultural perception and artistic style.

Dr. Batya Brutin writes about this particular painting:
"Werner Horvath uses the famous photograph of Anne Frank reading a book as a symbol of the tight relationship between Anne and her diary. In his painting Anne's image emerges from a colorful surrealistic landscape while the book describes black and white bold, naked and emaciated children's figures. As a result, Anne Frank becomes the symbol for all the innocent children murdered in the Holocaust."
(In "Anne Frank in the artists eyes", Peter Wilhelm Art Project, Budapest 2009, ISBN 978-963-06-8114-8).

For the first time, in the exhibition Anne Frank in the Artists Eyes, a large collection of original artworks depicting Anne Frank will be shown. It will expose the wide variety of subjects concerning Anne Frank's image that occupies the artist's thoughts, ideas and emotions. Twenty nine artists from Hungary, Germany, Austria, Holland, Sweden, UK, USA and Israel will participate in this exhibition with various artistic media and style. The curator of the exhibition is Dr. Batya Brutin, from Israel. Dr. Batya Brutin is Director of the Shoah Studies Program at Beit Berl Academic College in Israel. As art historian and researcher of Shoah monuments and Shoah visual arts Dr Brutin is a well known and significant author of academic and educational materials. E-mail: batyab@netvision.net.il

The opening of the exhibition took place in the old Rumbach-Synagogue in the central of Budapest on October 6th at 6 PM and the exhibition will continue until October 22nd 2009 (open on workdays from 10 a.m. to 5,30 p.m). Address of the exhibition: Budapest, VII., Rumbach Sebestyen street 11-13.  During that time Peter Wilhelm Art Center will run various cultural activities as part of remembering Anne Frank. 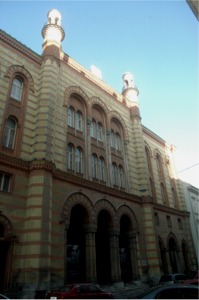 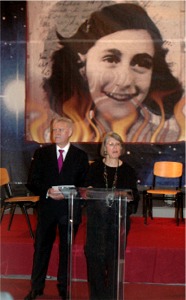 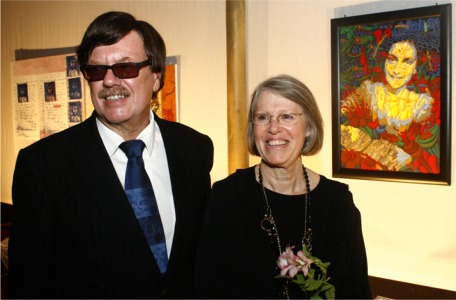 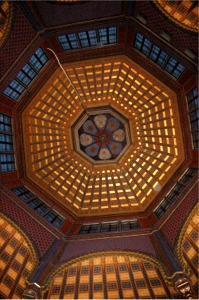 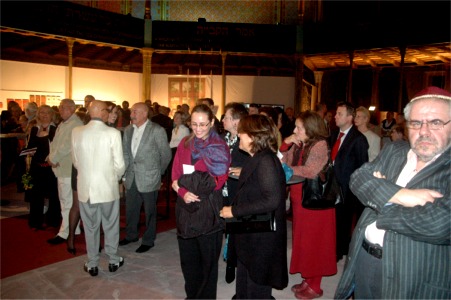 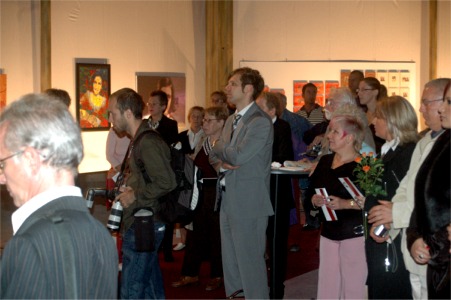 Visitors of the exhibition. 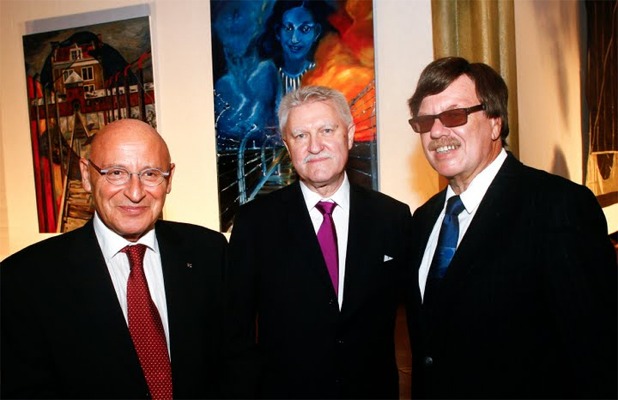