One of the global players ( Osama bin Laden) has left the team recently: Another one (Al-Qaddafi) followed him soon... 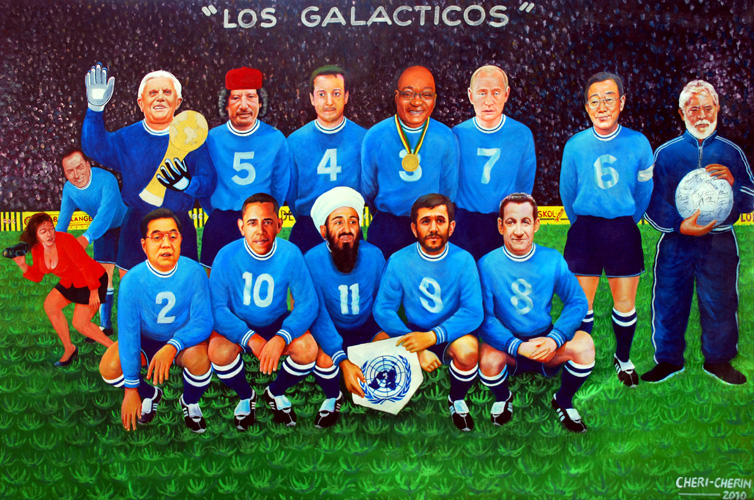 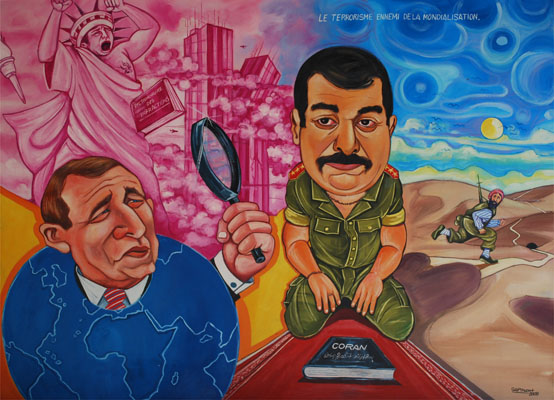 After the fall of Saddam's regime most of the portraits of the dictator were destroyed. But - isn't this also a loss of history and culture, comparable with the ruling out of the names of some pharaohs by the new ruling houses in ancient Egypt? 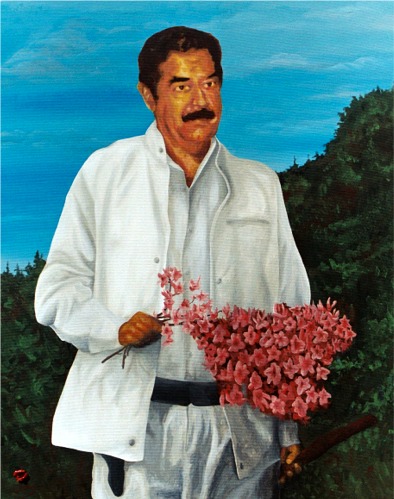 Seal at the canvas of this painting. Dr. Walid  El Tamer, German citizen (living in Germany for 50 years) but born in Syria and well known as calligraph, translated the Arabic letters and said: "The seal contains the name: SAYYED AHMAD BIN HUSSEIN SAYYED". 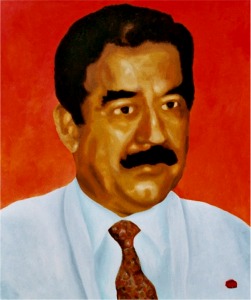 Khomeini, Saddam Hussein, George Bush and the flames of war in the first gulf-war. The beginning of the escalating clash of civilizations.

There are countless pictures of the Libyan leader Muammar al-Qaddafi in various poses on every street of Tripoli, and without any doubt they are done in the style of totalitarian art. 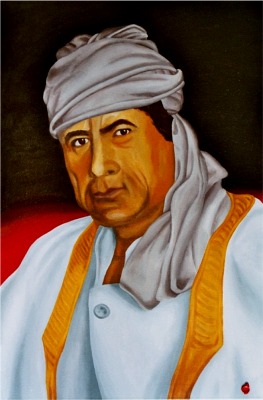 Now revolution is taking place in Africa and no one knows how it will end: 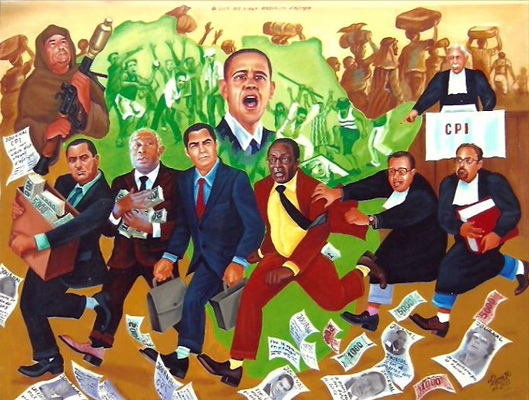 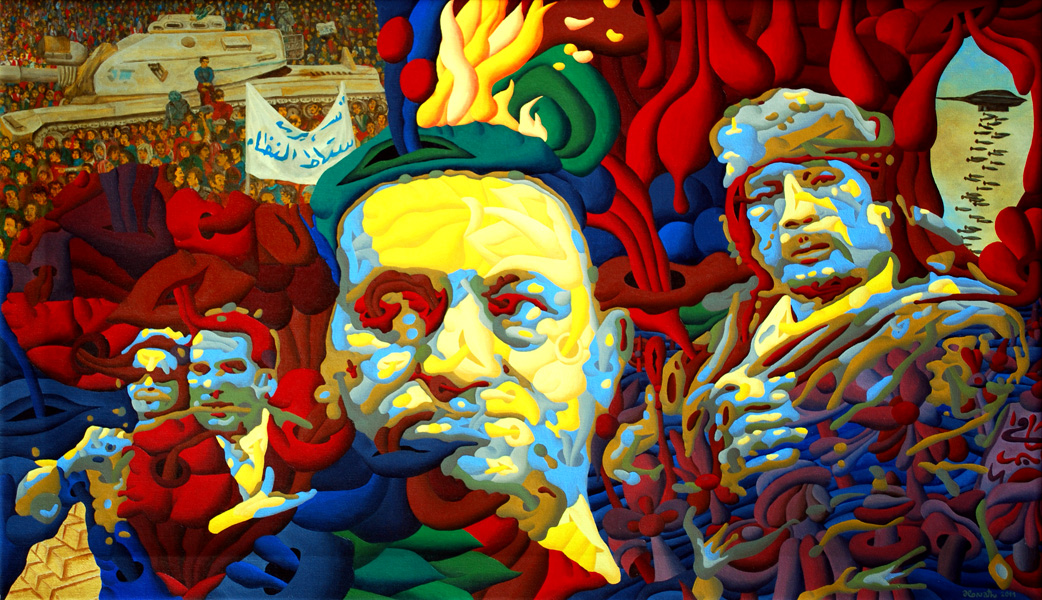